How do I attract new customers? How do I create a successful marketing campaign? Follow our blog to get tips and tricks that can be helpful to you in your marketing efforts. 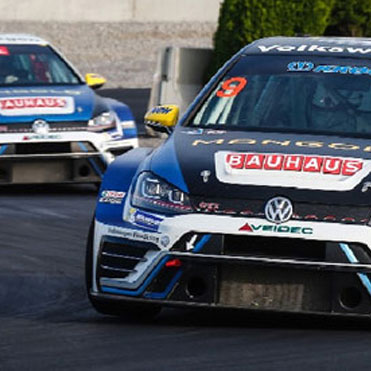 We like speed here at BizWell and we’re proud to present our sponsor partnership with perhaps one of Swedens most promising STCC driver, the 26-year old Fredrik Blomstedt.

“After putting a promising international junior career on ice – and leaving the motor sport during several years – the 26-year old Blomstedt has found his way back to the tracks lately; and during 2017 he managed to establish him at the top with the very best of swedish racings toughest championship.

With one victory and four additional placements on the podium Blomsteds is so far the most successful newcomer in STCC during this season, nurtured by the professional environment between two previous champions – Fredrik Ekblom and Johan Kristoffersson – with Volkswagen Dealer Team. *”

BizWell sponsors Fredrik Blomstedt during 2017 and wish him the best of success!

We live and breathe business data. Join hundreds of companies who already uses our unbeatable databases to find new customers, enrich their database and even build new companies.

BizWell winner of the National Institute of Economic Research’s procurement